Let’s face it, most people fish when it’s the easiest, during the pre-spawn and spawn.  After that, it’s time for other things….. golf, swimming, dominoes?  I don’t know, because I’m still fishing.  Once you understand how the fish live their life, it’s easier and more reliable to catch them outside of this “season”.

First thing to really understand is: Fish live to reproduce. Period.  Everything they do is in order to reproduce and carry on the species. Same applies for other animals as well.  Its called nature. So, knowing that, we can begin to understand why fish are where they are, doing what they are doing, and any given time.  This helps us to begin our search for them!

Let’s start with the dead of winter.  This is the coolest water of the year on any given body of water.  Fish being a cold blooded creature, they will naturally seek out the warmest, most comfortable area, that also includes safety and food.  Depending on your body of water, this is going to be very near to, if not on the bottom.  A natural thing to look for here would be structure on a channel ledge if your fishing a lake.  Creeks and rivers, this would be some kind of a current break at a deep water hole.  In ponds and small shallow lakes, this will be the “deep End” of the pond. 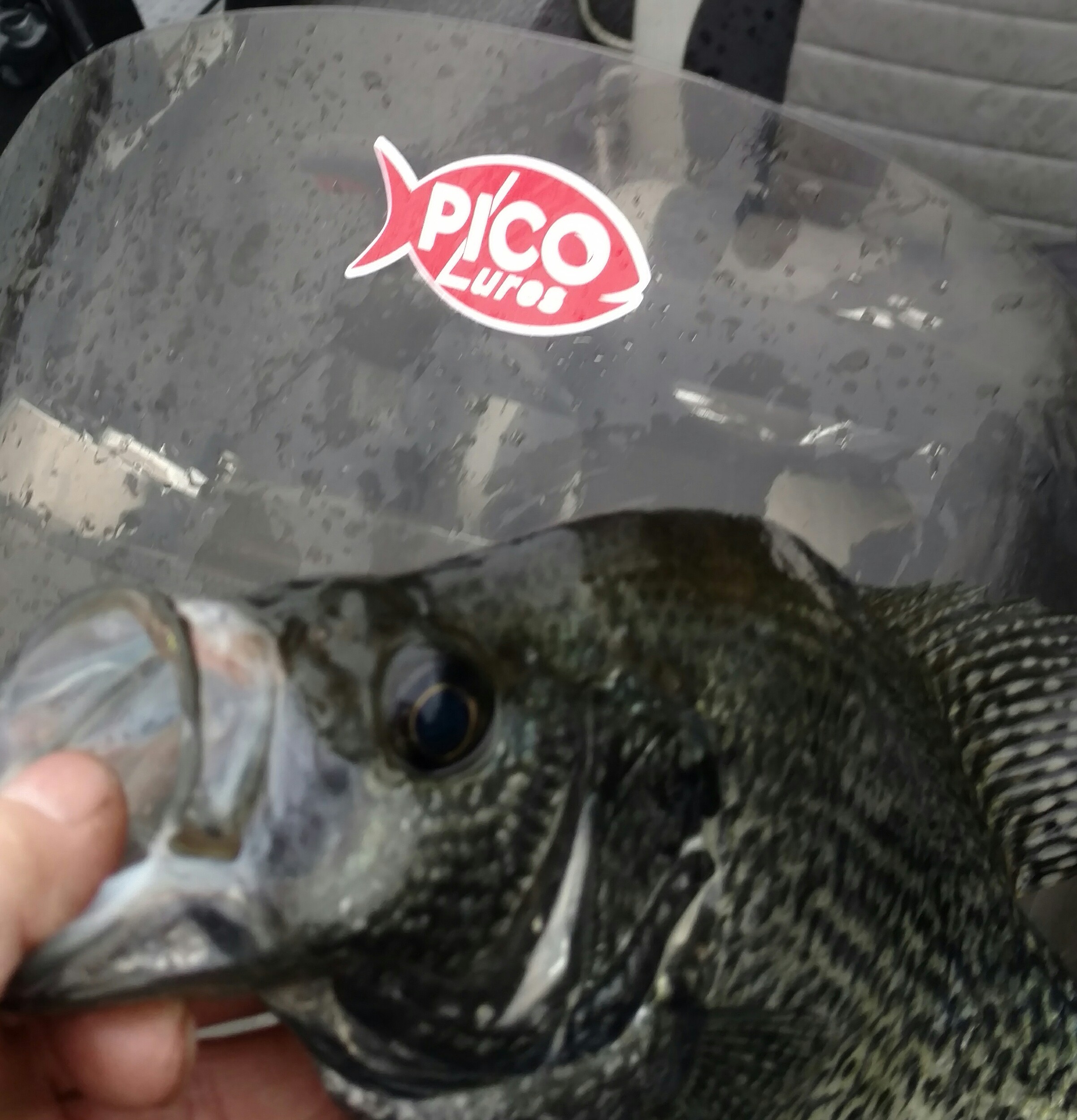 SPRING:  This is what the fish live for, and what most fishermen look forward to.  Weather is warm, fish are shallow, biting on everything, right?  Well, usually not, but it’s always our hope!

Understand the seasonal / procreation patterns of the fish at this time of year means more now than ever. The fish have stayed safe, and fed during the cold winter months.  Now, it’s time for them to reproduce the species.

Now, everyone every year puts out these charts on the water temp ranges for the different kinds of fish and the preferred spawning temps of each.  I’m not going to discount it, but I’m going to offer some better advise.  These charts may be the “preferred spawning temps, but they are never…. I mean never, spot on.  I would personally tell you to take 10 degrees off every temp listed for every fish if you want a chance at “prime time”. Once that water temp gets into that range listed, it’s generally over.  And it always happens on a Tuesday or Wednesday, during the week, while we are at work.

Something that I learned as a young man, that has never failed me to this day….

Daylight.  Daylight changes everything in nature.

Spring, in natures world, begins in late December. Dec. 21st is the shortest day of the year.  Shortly after that, the daylight begins to increase.  I know, everything is still cold, and probably frozen.   You’re not going out and catch them on the 22nd in 6 inches of water.   But, around the first of the year, those fish are stretching and yawning, knowing that is almost time to re-produce the species. This is the “transition time” between winter and spring.

Every year I catch loads of large crappie, shallow, in late January and February, because I understand this.  Even when the surface temp may still be in the upper 30’s or low 40’s.   Why?  Daylight.   It’s the trigger. The fish begin to move.  Now, they won’t be far from where they spend winter yet.  But they begin to move up in the water column, because the surface is beginning to warm.  The amount of daylight triggers this.  Many times I’ve caught crappie with ice hanging from a treetop, 1 foot deep.   I’ve caught bass dragging a spinnerbait on ice to attract them to hit it as soon as it fell off the edge.   Daylight means everything!

So, spring is the transition from the depths of winter, to the spawning areas of your species.  Knowing this, we now know how to follow the fish to their next step. First step: To feed up, and put on body weight for the upcoming strain of spawning.  This is without a doubt the best time to fish, for anything in the spring.

Now, if we can find the bait fish, we can find the fish. Doesn’t matter at this early stage if it’s bass, crappie, walleye or whites.  Many times you will find them all together now.  It’s all about the food.  Find the bait, find the fish.  In Lakes and rivers both, look for visual shad dimples on the water.  Begin looking near the mouths of coves and bays. If you’re after walleye or whites, simply head up stream! 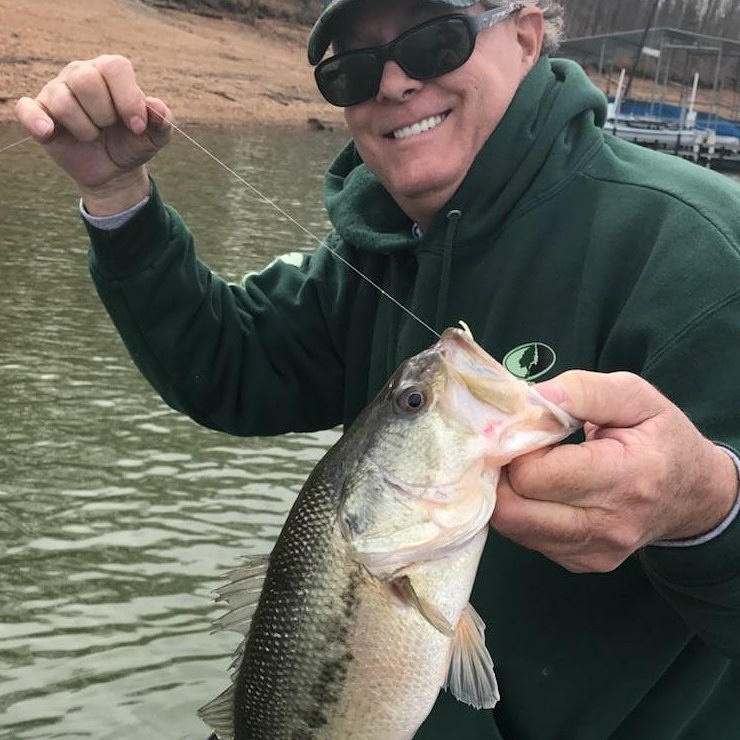 As spring progresses, and the water actually does begin to warm some, fish will be moving shallower.  Keep in mind that sunshine warms the water, and muddy water absorbs heat faster than clear water.  Also, big rocks, weeds, laydown logs….  These things all hold heat from the sun.  Now you know the fish are hungry, it’s their instinct. That old laydown log on the rocky bank facing the western sun is like a wood stove to us in the winter in that fish’s world!  So, guess where I’m heading! If it’s mid day, bright sun, low wind….  That’s a spot. The warmest place for a fish to be is in the middle of that tree, as close to the trunk or limbs as he can get.

Next, in spring, comes the actual spawning process. Everyone is out there.  Some load the boat, others not so much.  Can be the greatest time or the most frustrating. Generally speaking, things change faster this time of year, based on the weather and fish’s mood that at any other tie of year.  For myself, and others that I know that are consistently successful, the ability to change, rapidly, plays a key role. Never get locked down to a specific area, lure, color or time.  Be ready to change.

I’ve seen way too many times when someone sits on a spot in spring, waiting on the fish to come to them.  This has just never worked for me.  Be willing to adjust.  Always. There are more variables to this than can be listed, but let’s take a common one.  Early morning.  You are almost alone on the water.  They are biting, fast, and shallow.  Come mid morning, boats are everywhere.  Wind is calm, but average wave is 2 foot high just from the boat traffic.  Fish shut down.  Or did they just move a little deeper?    Don’t lock down on any one thing, in any one place.

Speaking of being locked down to specifics.   Here’s your tip for the day.

Change bait colors, bait profiles, as well as depth and speed during the day.  Often.

One of my secrets that ill share with you today.  If you pull up to a spot and catch 6 as fast as you can throw, and then nothing.  First, change the bait color.  Then change the bait profile.

Crappie fishing, this might mean going from a black chartreuse tube to a pink/white tube.  Then to a curl tail grub.  Bass fishing, a bank yields 6 nice fish on a spinner bait…. Make the second pass with a crank bait or spinner bait!

Thanks for reading, and please check out what happens next in Part 2 of seasonal patterns!